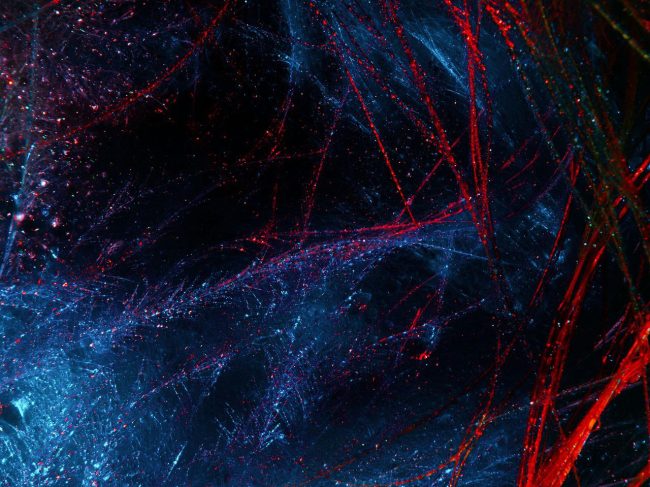 “People should like something less when its price rises, but in investing they often like it more.”

In the past 6 months, the index had fallen 20.2% (at the time of writing, the steepest slump since 1970 as investors worried about decades-high inflation. All three indexes finished the first half in the negative territory with Nasdaq having its largest ever first-half percentage drop while the Dow Jones suffered a similar fate, the largest since 1962. The year began with spiking Covid-19 cases due to the Omicron variant Fast forward a month and a half months, and tensions between Russia and Ukraine escalated which led to the former’s invasion of the latter. High inflation then strikes major economies across the world, with some recorded decades high. Aggressive interest rate hikes by the U.S. Federal Reserves had since stocked fears of a possible recession.

Worries over inflation dampening consumer demand and threatening profit margins will have market participants listening closely to forward guidance. With the second-quarter reporting season begins in several weeks’ time, here are some news that you might have missed throughout the first half of 2022.

On 24 February 2022, Russia launched a military invasion on Ukraine. Prices of oil and gas increased sharply, with both major oil benchmarks trading today at above $100, up by more than 40% since the beginning of January.

During that period, Brent rose to multi-decade highs of nearly $140 a barrel, its highest price since the 2008 financial crisis. It however started falling from the peak thereafter. The United Arab Emirates supported a supply increase, the emergence of US-Iran talks, hopes of Ukraine-Russia peace talks and fears of falling demand from China due to its COVID-19 outbreak. Things got worse when Biden administration further announced a ban on Russian oil imports to the US.

The market analyst now predicts the oil prices to hit a high of $380 a barrel if Russia responds with cuts to crude oil output.

All three major US stock indexes finished in negative territory, with the Nasdaq having its largest-ever January-June percentage drop, down 29.5%, while the Dow Jones Industrial Average suffered its biggest first-half percentage plunge since 1962, losing over 15%. The S&P 500 suffered its worst first half in more than half a century, down 20.6%. Forget about the Dotcom crash in 2000, the subprime crash in 2008, and the pandemic in 2020. Remember 1970? It lost 21% in the first half of 1970, during a period of high inflation that the current environment has been compared with. It gained 27% during the last six months of that year. The odds seem good so far for the rest of 2022. The market has already expected a mild recession, and there are signs of inflation slowing down.

The consumer price index rose 8.6% in May from a year ago, the highest increase since December 1981. Excluding volatile food and energy prices, core CPI was up 6%. Markets reacted negatively on fears that the US economy is nearing a recession. Those escalating prices meant workers took another pay cut during the month. Administration put most of the blame for the surge on supply chain issues related to the Covid pandemic, imbalances created by outsized demand for goods over services and the Russian attack on Ukraine.

Just a month ago, the US Federal Reserve (Fed) announced the most aggressive interest rate increase in nearly 30 years, a super-sized 0.75-percentage-point increase in an all-out battle to drive down surging inflation. It was the first 75-basis-point increase since November 1994. Interest rates are crucial tool to combat inflation. Inflation is driven by strong consumer demand. By raising interest rates, which makes things more expensive, the Fed is hoping to dampen peoples’ willingness to spend money.

Federal Open Market Committee (FOMC) raised the benchmark borrowing rate to a range of 1.5-1.75%, up from zero at the start of the year. And the Fed will continue to raise rates as needed throughout the year if inflation doesn’t abate. Committee members now see the federal funds rate ending the year at 3.4%, up from the 1.9% projection in March.

So, who is the loser here? People who want to buy a home now.

Mortgage lenders move their rates up and down based in part on what they expect the Fed to do. With inflation so bad right now, mortgage rates have been rising. Interest rates on 30-year mortgage loans have nearly doubled during 2022, making homes even more difficult to afford. With the average on the 30-year fixed-rate mortgage at 5.7%, some would-be buyers are spooked by the higher borrowing costs and are putting their plans on hold. A year ago, the rate was 2.72%.

Big tech companies like Tesla, Amazon, and Microsoft finished the worst quarter in years as investors lowered the valuations of the world’s largest tech companies in the second quarter as central bankers ratcheted up interest rates to ward off inflation. At the time of writing, Microsoft shares plunged 21.1%, the sharpest decline since the second quarter of 2010. Truth to be told, the darlings of Wall St, in this sense the tech giants, had fallen out of favour. You can read on our take top stocks to look for (here). Call it as guilt by association. But there are a few major concerns for prospective investors is the supply chain issues, revolving on China’s strict Covid lockdown. The sale of Microsoft’s Xbox and Surface devices could be affected along with PC manufactures that uses Microsoft Windows, facing chip shortages on rolling out their own product. Another series of relevant negative headline that you might miss is that Microsoft had lost a significant number of employees related to the development of the HoloLens in an attempt to dominate the metaverse, with its employees are either deserted or went to rivals, Meta.

There was never in doubt that the Covid-19 pandemic would have an ever-lasting effect on the stock market. For the past two years, CEOs have led their respective companies through the pandemic, followed by a mass exodus of employees, an abrupt economic downturn, social issues, and supply chain disruption on Russia’s invasion of Ukraine. These increased pressures have pushed a number of CEOs to join the Great Resignation. Over the past 6 months, Starbucks CEO Kevin Johnson, DocuSign CEO Dan Springer, and Red Lobster CEO Kelli Valade are among hundreds of chief executives to have resigned this year. Recently, Pinterest CEO Ben Silbermann announced that he will resign from his post, ending his 12-year tenure where he co-founded the company that saw rapid growth and since then has more than 430 million monthly users. Meta’s COO Sheryl Sandberg also joined the mass exodus, stepping down after she guided Facebook from its early days in 2008. Her departure comes as Meta faces a slowdown in advertising sales and more competition from rival TikTok.

Presently, inflation, rate hikes, and recessionary fears have gripped the market sentiments. How much of rate hikes before inflation gets tamed remains to be seen. However, there could be a silver lining if history suggests anything. The US equity benchmark lost 21% in the first half of 1970, during a period of high inflation that the current environment has been compared with. It surged 27% during the last six months of that year.

The Craziest half Year in Crypto History.

The crypto ecosystem experience an extreme ride this H1 2022 that compounded the worst risk. The fall adds more fuel to the collapse of significant funds and projects like Terra and Celsius cause a domino effect along with the ecosystem. While correlations remain high between crypto-assets and between bitcoin and the Nasdaq, crypto is behaving similar to other risk assets through more volatility.

From the table, Bitcoin and Ethereum dropped as much as the rest of the crypto ecosystem. Throughout 6 months, the 2 major coin’s prices had dropped significantly. More than 50%!

The Collapse of Terra Luna.

The first biggest dropped in May occurred right after the collapse of Terra Luna. Terra/Luna, the main pillar behind the stablecoin model of Luna and terraUSD (UST) collapsed and pulled the their peak price at $116 (6 April 2022) to $0.000162 (30 June 2022) and also erasing nearly $60b in value. Read here to read on our unboxing of the Luna crash.

The Luna protocol lost all credibility along with the algorithmic stablecoins. It not only impacts Luna and terraUSD but all other stablecoins as well. After all, the collapse sent shockwaves throughout crypto.

The second slip in June occur due to the pause of Celsius withdrawal on 12 June 2022. It has been three weeks since crypto lender Celsius Network LLC, a cryptocurrency loan company, had over $8 billion lent out to clients and $12 billion in assets under management (AUM) as of May 2022 took the drastic step of halting customers’ withdrawals, citing ‘extreme market conditions.’ Many investors are starting to wonder if they will ever see their money again.

In light of the halt of withdrawal, Celsius laid off 150 employees along with other major cryptocurrency exchanges such as Coinbase, Gemini, Crypto.com and Bybit also follow suit.

Three Arrows Capital, a Singapore-based cryptocurrency hedge fund plunged deeper into financial turmoil after being ordered into liquidation by a court in the British Virgin Islands following its failure to repay creditors as the value of bitcoin and other cryptocurrencies have nosedived. Later in early July 2022, the company filed for Chapter 15 bankruptcy.

Horizon, which offers cross-chain transfers between Ethereum and Binance, marks the third major bridge hack this year, adding to their whole attack of $100 million. In February, hackers stole more than $300 million from the Wormhole bridge. In late March, Ronin Bridge lost about $620 million to hackers.

On 27 June, the company indicated that the hackers had begun to move the stolen funds amounting to $39 million through Tornado Cash to anonymize them.

The cat is out of the bag in terms of what you want to own when the financial market crashed the last May. The deep pockets are begging for lower crypto/assets prices, however, the collision seems to continue slipping. 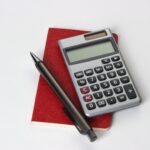 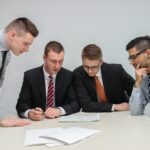 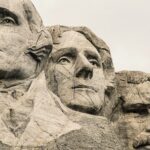 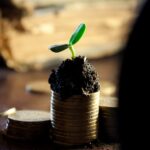