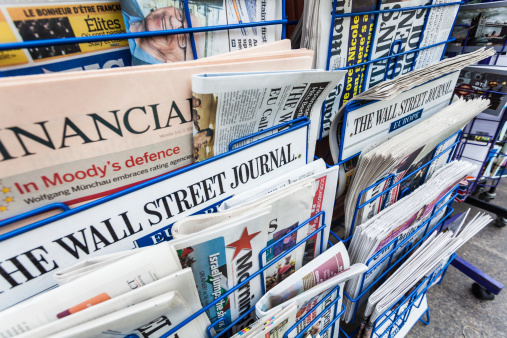 News trading is a strategy where investors will make investment decisions to take advantage of the opportunity that arises after any relevant economic data and news announcements.

Basically, it involves trading based on news and market expectations, both before and following news releases.

Unlike technical and fundamental trading strategies, news trading is essentially event-driven. Thus, it requires the investor to act swiftly as news travel quickly online. The investor also has to be skilled enough to differentiate actual news and scams. Following by news assessment and quick trading plan strategies. Unlike technical analyst traders, news traders do not pay much attention to stock prices and charts. They wait for any news that could move the stock’s wave.

“It’s better to travel than to arrive late.”

The quote suggests that it is better to trade on price action before an announcement rather than wait for the announcement to break. Jumping early can protect traders from any price volatility prior to the news.

As an example, prior to any financial announcement such as FOMC, professional investment analysts will come out with their predictions. This scene will create the first wave of information reaction. Most news traders will go to either long or short their stocks. Later, once the announcement broke off, the market will start reacting accordingly.

‘buy the rumor, sell the news’

Sporadic news occurs unexpectedly. It catches investors surprised, and unaware and the impact is often unknown. The best scenario is the global financial crisis of 2008 and Covid-19. During covid-19, the whole world was forced to be on lockdown.

On the other hand, scheduled events are announcements that occur at the same time after a steady period of intervals. It can be tracked from economic calendar events, such as company earnings reports and economic data releases (NFP, monetary policy, interest rates, and employment data).

Sporadic news is difficult to track, let alone determine its authenticity. During unexpected events, many rumors and speculation spread around. Thus, investors often find it difficult to determine whether it will only create a panic-inspired short-term impact or whether any long-term correctional move will take action. Scheduled events are easier to track, as they can be gathered through news channels and social media.

News trading is only relevant when you are well aware of the type of news that correlates to the assets that you wish to trade. Always remember, not all news will give an equal impact on one another. It is important to focus on high-impact news that has a bigger opportunity potential. Examples of high-impact news are the NFP reports, central bank interest rate decisions, the unemployment rate, inflation, and political events. 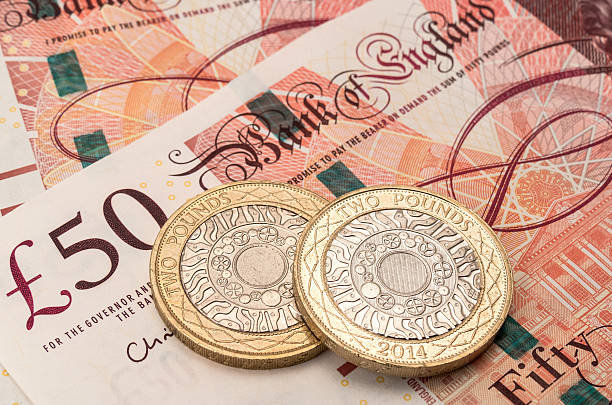 One of the recent events that fall in Sporadic news is The passing of the longest Monarch — Queen Elizabeth II. The impact of the news result, a day after the incident GBP/USD slip 0.3%, at $1.1506 while the euro rose 0.1% against the pound, to 86.85 pence EUR/GBP.

As for the scheduled event, last September 23, 2022, had been scheduled for an announcement of the UK mini’s budget. As a result of the news, The British Pound against the dollar dropped as low as $1.049 on September 26, 2022, to a fresh 37-year low. In addition to the news, there are several following actions taken to counter the impact, such as the UK’s tax u-turn.

It is important to understand the timing of your reaction to any news. You can place your trade prior to, during, or after the announcement. 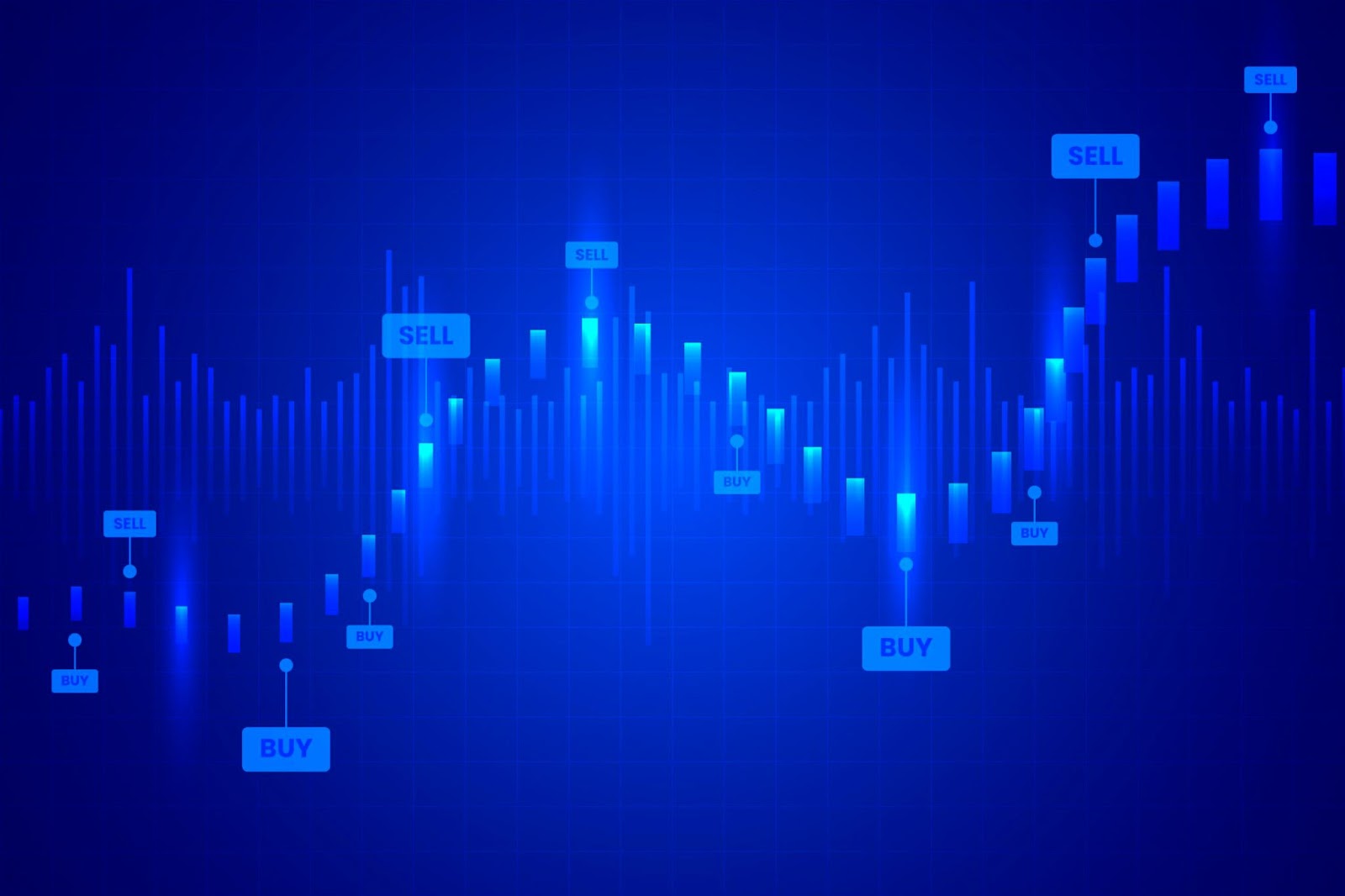 Interest rates are one of the most impactful news events across all financial assets. It usually give an almost immediate impact on various assets. In case of interest rates are hiked (the impact will be reversed if there is a cut in the rate).

Another good example is the employment rate. It indicates the necessary movement in the short run. A positive jobs report will prompt the central banks to keep interest rates high and vice versa. Here is the expected impact when there is a positive employment rate reported. 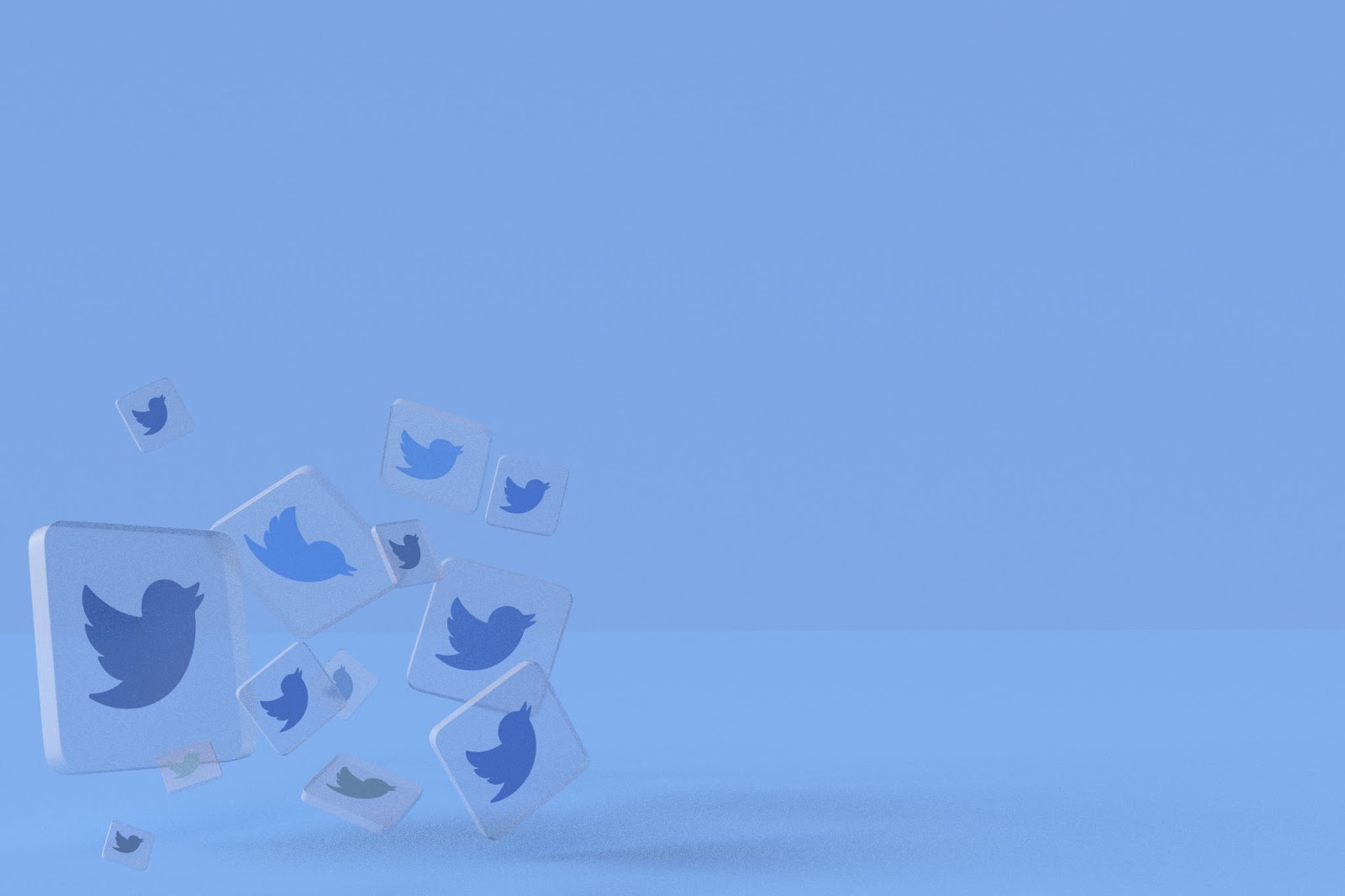 Interest rates, economic growth (GDP), Federal Reserve rate announcements, and employment are some of the biggest news events that trigger the volatility of foreign exchange trading. Currency investors will later take advantage of the dispersal of the opening and closing price after the market reacted to the news.

In commodities, the most important essential is supply and demand news. Announcements from major commodity bodies such as OPEC, stock, production, distribution, and also weather and natural disasters play an important role. Most commodities are priced in USD, then any news impacting the dollar is indirectly impacting the commodities trading.

The most important news for bonds are interest rates, bond ratings, and bond yields. The yield metric can be used by bond investors to estimate their expected return before placing any trades. Plus, underlying bonds will be rated by rating agencies that might influence investor decisions.

Crypto trader relies heavily on news. The most used channel for crypto traders is Twitter, Discord, and crypto news channel. There is much news that will trigger crypto investors’ decisions such as regulation, technology, updates, whale movements, and many more.

There are also unexpected events that occur in the Crypto ecosystem. Recently, Solana-based DeFi exchange,  Mango Markets was hit with a $116 million hack. The event was believed conducted by the hacker by undertaking a “flash loan” attack. In this scene, the hacker used 2 different accounts to raise the Mango coin’s price. It is to manipulate their collateral on the platform to obtain loans from Mango’s treasury. They later place a futures position.

According to Tech Monitor today, MNGO’s price rise almost 1,000% in a few minutes span, elevating the collateral value of the hacker’s account, which was then drawn upon, draining Mango Markets in the process. 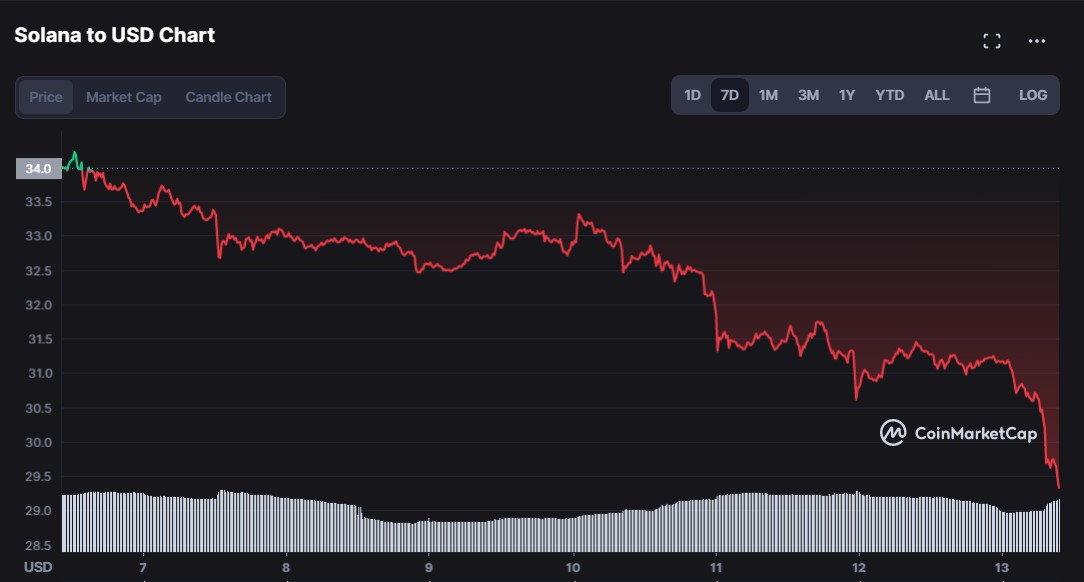 Trading action due to market expectations are more important than the news itself. One of the popular strategies used that is based on market enthusiasm is fading. So, what is fading? It is a trading strategy of placing a trade in the opposite direction of the predominant trend as market enthusiasm begins to fade. A piece of positive news will most likely result in a sharp high opening stock price. Fade strategy investors will wait for the stock price to peak prior to the high spirit from the news and begin selling once the optimism begins to fade. 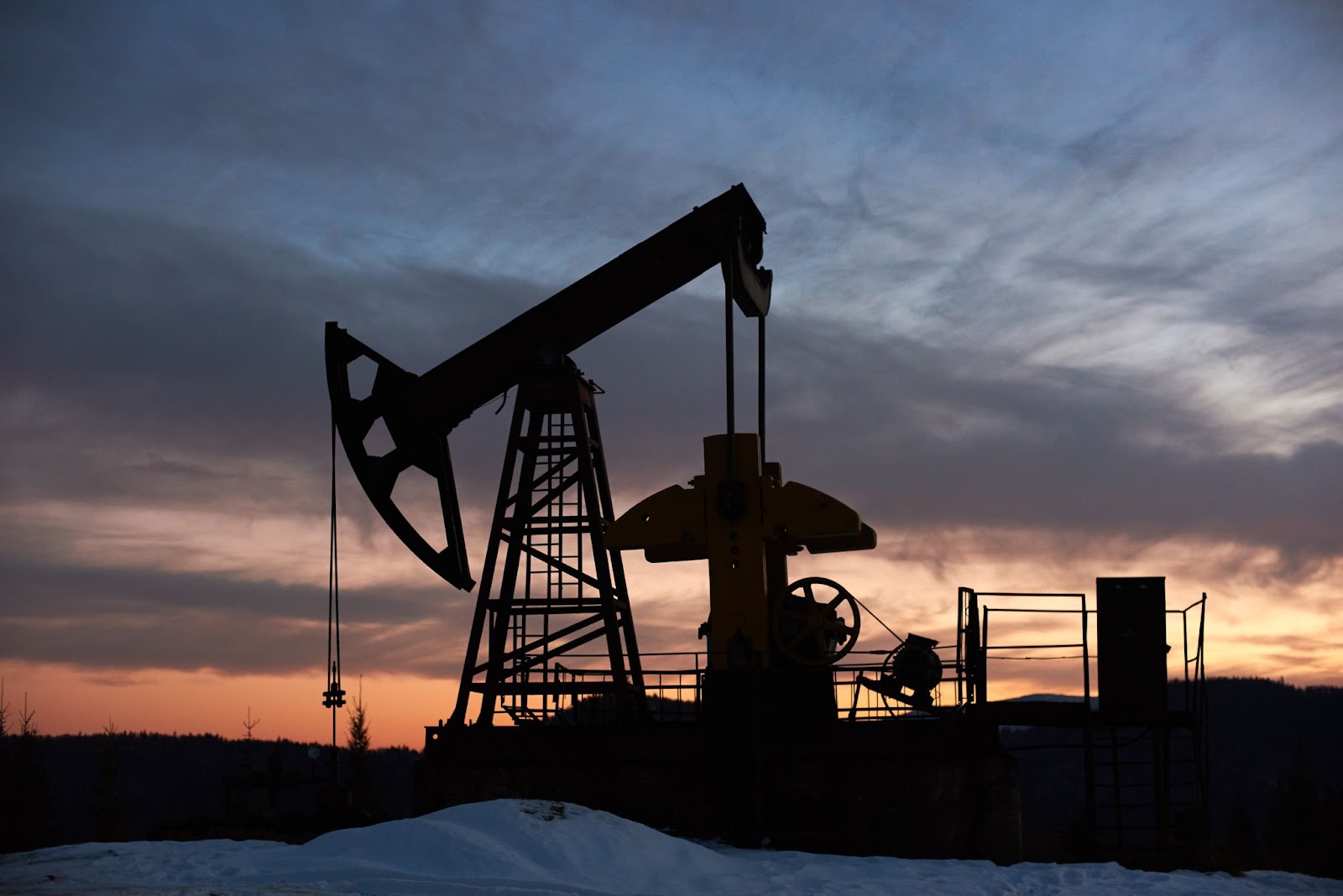 For example, even though The US is the largest producer and exporter of oil in the world, the US economy is not very dependent on oil exports. While on the other hand, the Russian Rouble, Canadian Dollar, and Norwegian Krone are among the most positively correlated currencies to Brent crude futures. The Russia-Ukraine war will not only impact the currency but the Petrol price as well. This is due to the significant amounts of oil exports from the county.

News trading strategy is a strategy that generates quick profits. The profitability of news trading depends heavily on market reaction. Thus, it has the tendency of going in the opposite direction. Nevertheless, success depends on how well investors manage their trades according to the news. Is important for the investor to have extensive research, knowledge, and strong money and psychological management to avoid any unexpected loss. 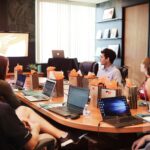 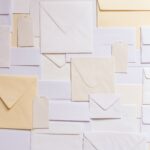