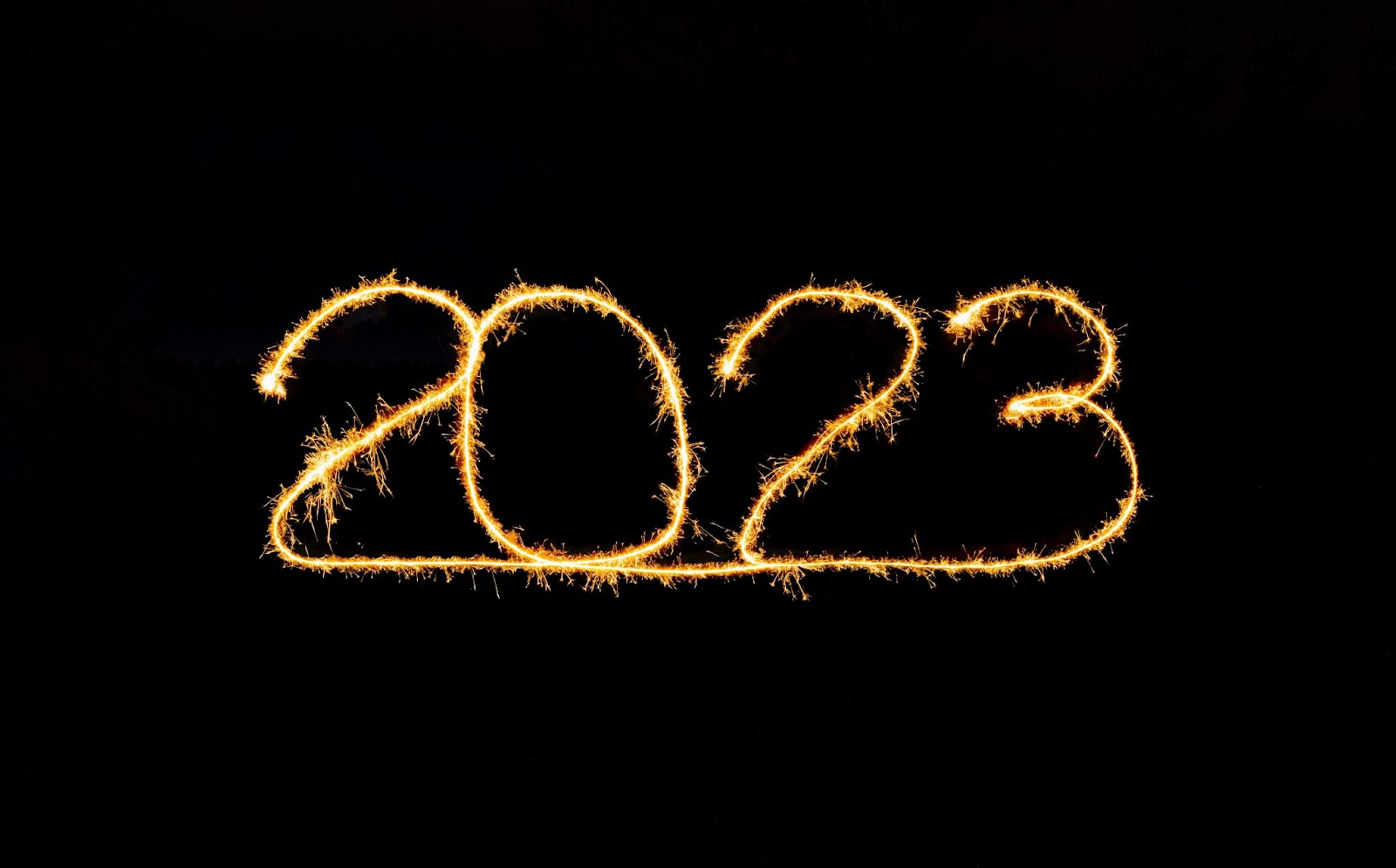 Wall Street has bid farewell to 2022. For investors, this was the year that demonstrated the importance of stocks and the necessity of strategizing effectively. It was also the year most investors would like to forget.

The war between Russia and Ukraine disrupted supply chains as energy supplies were cut off, limiting gas distribution. Covid once again turned its back on the financial market. China, the world’s second-largest economy, closed entire cities to contain the virus outbreak. Inflation surged around the globe and central banks hiked rates at a historic pace. As a result, price hikes were kept in check, but recession fears caused demand to decline in 2022. Markets were also disrupted by intense storms and climate change.

Investor's safe haven had been limited in 2022

There was no denying that the stock market had a miserable year but the bond market had even worse results. The inflationary environment, massive rate hikes, and the extraordinarily strong dollar made bonds unattractive to investors at the time. According to FactSet, Bloomberg’s Aggregate United States Bond Index had its worst year since 1977. S&P’s US Treasury Bond Index returned -10.7% and the 30-year US Treasury bond sunk to its worst return in over a century, -35%.

Crypto which was once considered a viable alternative investment medium experienced turbulence in the past year.  In case the fallout over Sam Bankman-Fried’s crypto empire wasn’t bad enough, Facebook billionaire Cameron Winklevoss accused fellow crypto businessman Barry Silbert of commingling funds. He cited that citing some $1.675 billion owed to Genesis by DCG, which it used for other business purposes within Silbert’s conglomerate.

On two contrasting sides of the stock market, the energy sector dominated with a total return of 58%. This boom was due to oil and gas prices surging earlier this year, making up the entirety of Wall Street’s profit gains. On the other hand, the substandard performers of 2022 are technology and communication services, which consist of Alphabet, Netflix, and Tesla. A company that provides energy technology solutions, Generac Holdings, has been the worst performer in the S&P 500 this year, falling 74%. Taking second place is the dating app company Match Group, which is down 70%.

New year's day is here, but some investors think the pain isn't over yet. Until a recession hits or the Fed pivots, the bear market is expected to persist. There is also a possibility that some stocks will hit new lows in the second half of 2023 before rebounding.

Here are where you should invest your money in H1 2023.

Stock market forecasts for 2023 indicate that factors like tightening interest rates, the Russia-Ukraine war, and recession fears may cause choppy trading.

It might be a good time to take an active management approach. If you plan to invest for the next 50 years, ETFs are still a wise choice. In the coming years, however, the rising tide will not raise all ships. 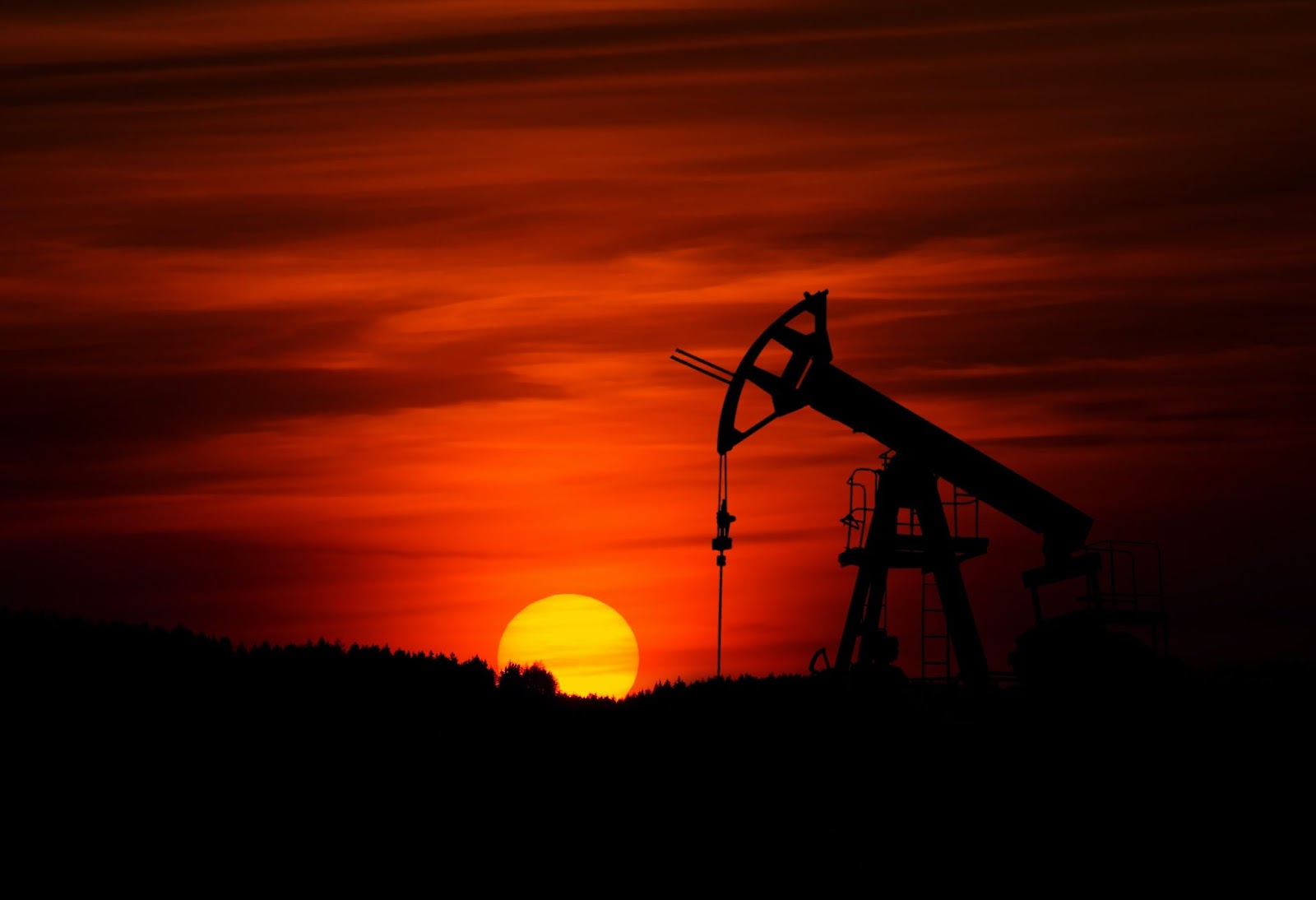 The sector had come in strong in 2022 as tight supplies and rising demand fueled high energy prices in 2022. Those dynamics are likely to continue into 2023, given the long lead time it takes to ramp up new supply and refining capacity. Oil and gas demand should continue to grow in 2023 as economies continue to rebound from the pandemic. And supply is likely to remain constrained due to disruptions related to the Russian war in Ukraine and years of low investment in production. The main risk for the sector for the next year is that a severe global recession or new COVID wave could substantially reduce demand, causing energy prices to drop.

In spite of its good performance, energy shares are currently trading 47 percent below their average since 2000 (price-earnings ratio). 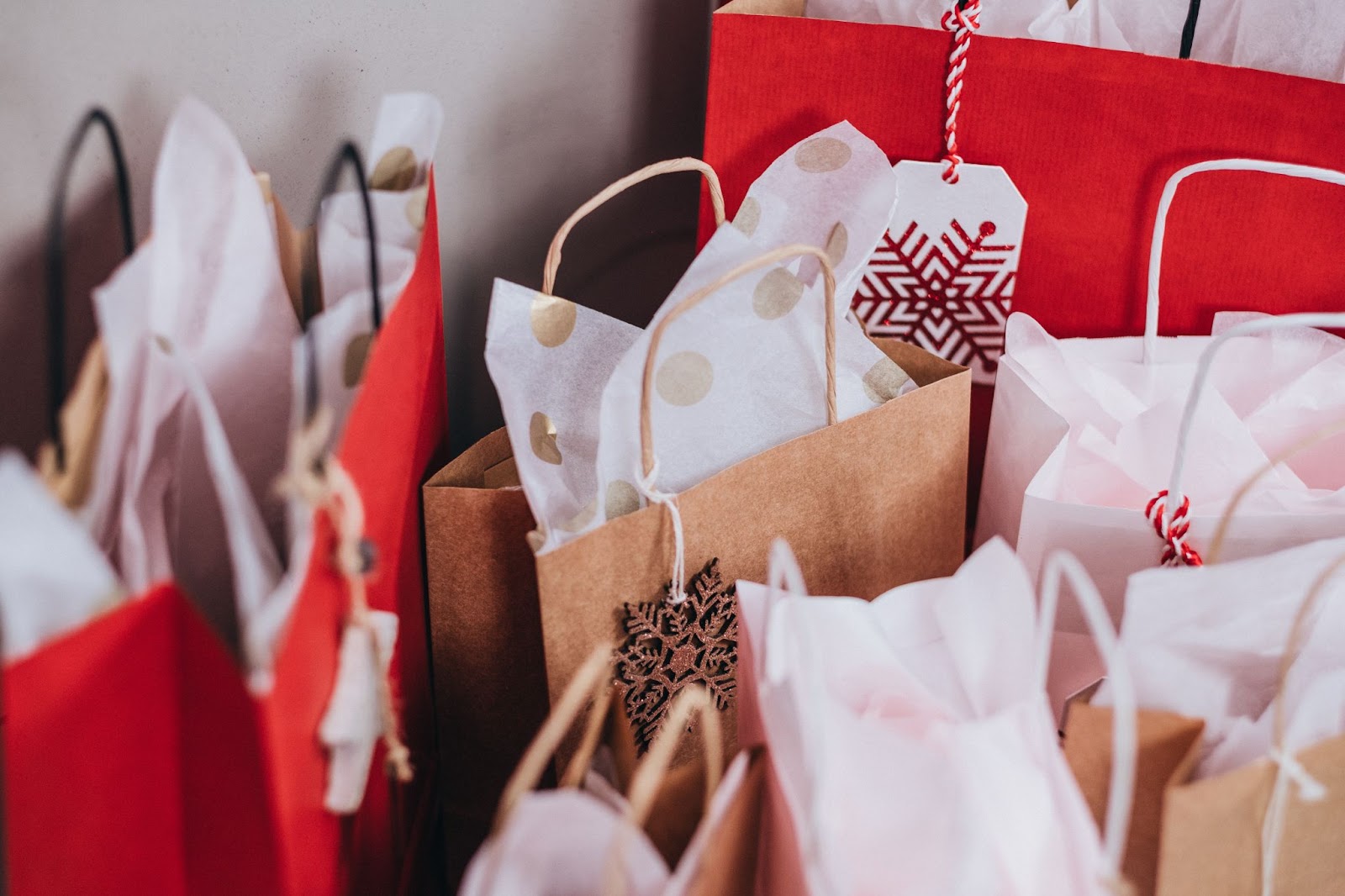 It’s simple! When your favorite product suddenly becomes more expensive, do you still buy it? For at least one month, would you be able to live without it? Which brand would you choose? Do you switch to a cheaper one or continue to use the one you already have?

Taking the situation as an example, let’s multiply it. Across the country, all consumers face the same choice. It is therefore anticipated that the dynamics and challenges driving the consumer staples sector in 2022 will persist into 2023.

Companies with emerging-market exposure, those with higher prices without losing sales volumes, and those manufacturing cheaper “private-label” alternatives will succeed in 2023.

The most promising companies to invest in are those that can increase prices further without losing sales volume. Soft drinks, for instance. Despite the high barriers to entry, there are only 3 major players of scale in the market: Pepsi (PEP), Coca-Cola (KO), and Keurig Dr. Pepper (KDP). As a result of their market dominance, these companies are able to offset inflationary costs. In addition, customers are unlikely to switch from Coca-Cola to lower-cost private labels despite lower-priced alternatives. In the future, if these companies introduce a smaller-sized soft drink, they can reduce production costs and reach a price point where consumers are willing to purchase. 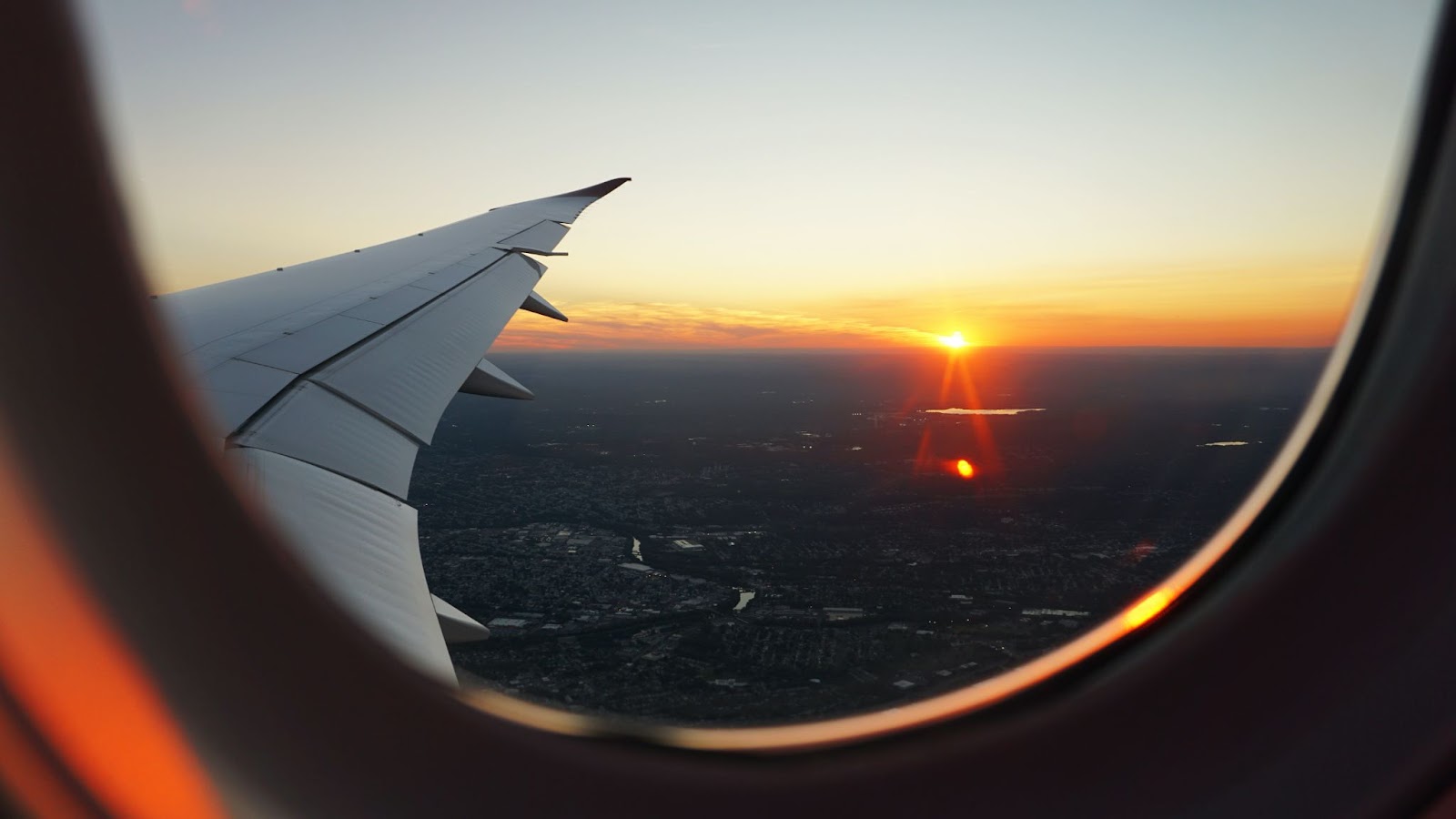 Due to the opening of many borders and a stronger US dollar, the travel industry, which includes airlines, hotels, and services, is expected to be highly promising in H1 2023.

The Covid outbreak had made Nomad Digital Worker possible. Rather than sitting in an office all day, many choose to work from home, in a hotel, or even in another country. Additionally, some countries like South Korea offer “the working holiday visa” which allows you to take an extended vacation for a year or earn a living part-time in a secondary capacity.

Hotel chains are also offering different types of accommodations to accommodate those who work from hotels – a room with a stable internet connection, coffee, and check-in and check-out times ranging from 8.30 am to 6.30 pm.

These sectors remain strong among higher-income consumers who feel less squeezed by rising costs. Compared to the average American, this group has more savings and spends less on basic living expenses like utilities where prices are set to rise significantly.

The higher-income groups will also start traveling domestically or internationally to make up for their empty passports. Not only beneficial to hotels and airlines, but also to local food restaurants and service activities such as spas and facials. 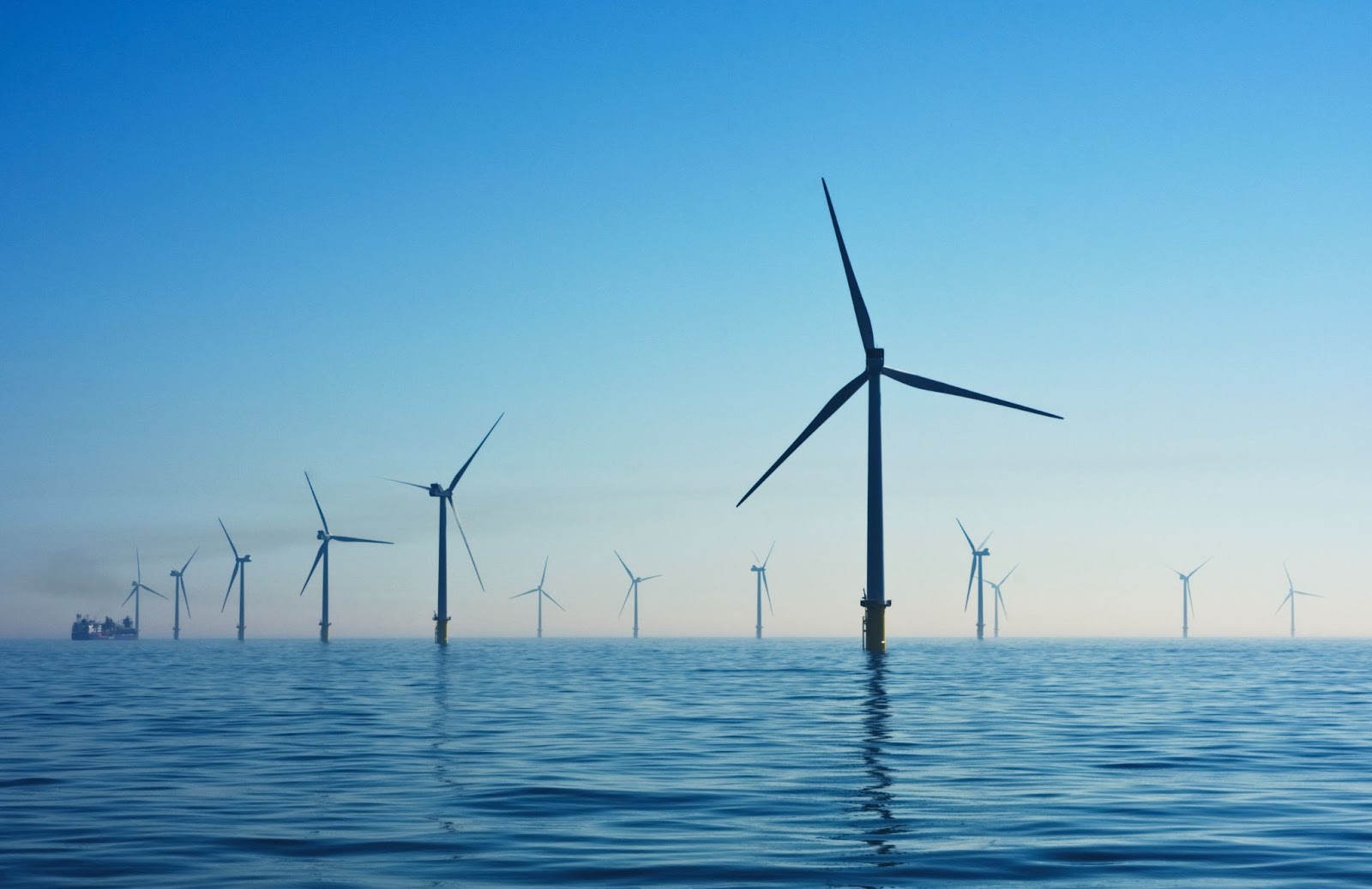 As the US  and countries worldwide gradually shifting toward carbon neutrality, energy-generation transition from fossil fuels to renewables.  Utilities are at the epicenter of the transition to renewable energy source as electric utilities that are moving toward decarbonization.

Why is renewable important?

In 2022, the utility sector saw a strong performance due to its defensive characteristics. Given the current confluence of economic headwinds, investors may continue to favor defensive stocks in 2023. It may be beneficial to companies that invest in the expansion of renewable energy resources as this transition to renewable energy continues.

Consequently, utilities have experienced accelerated earnings growth, with average earnings growth recently reaching its highest level in decades. In the renewable energy segment, for example, companies like AES Corporation (AES) and NextEra Energy (NEE) have long-standing investments. The dividend and earnings of these companies have grown steadily.

As renewable energy production ramps up, there could be advantages for companies focused on nuclear energy. This is because nuclear could be a beneficiary of the Inflation Reduction Act, as well as help bridge the energy gap generated by renewable energy. As one of the nation’s leading energy companies, Constellation Energy (CEG) occupies a prominent position. Currently, the company operates 23 nuclear reactors, which generate approximately 20% of the nation’s nuclear energy. It is one of the few stocks that is entirely focused on nuclear energy.

A key economic question for the stock market forecast for 2023 is whether the U.S. will enter a recession as the Federal Reserve tries to cool inflation.

“Whenever we have had inflation above 6% since World War II, we’ve always had a bear market with a recession, and bear markets with recessions traditionally last longer and fall farther than those not associated with recessions,” CFRA Chief Investment Strategist Sam Stovall said.

It is pertinent to remember that the S&P 500 gained 16% and 27% in 2020 and 2021 before 2022. In spite of all the wild swings of the last three years, stocks are still up about 19% – which means that investors have basically seen a three-year period of slightly below-average returns.

The year was one of the most disastrous trading years in history. Taking a slightly longer view, things don’t seem so terrible.

Be aware of this at all times. There’s no way you’re able to get it back the way you lost it. If you lose it in Tesla (TSLA), you’re not making it back in Tesla. There will inevitably be profit opportunities. The only things we need are better stock pick strategies and portfolios.